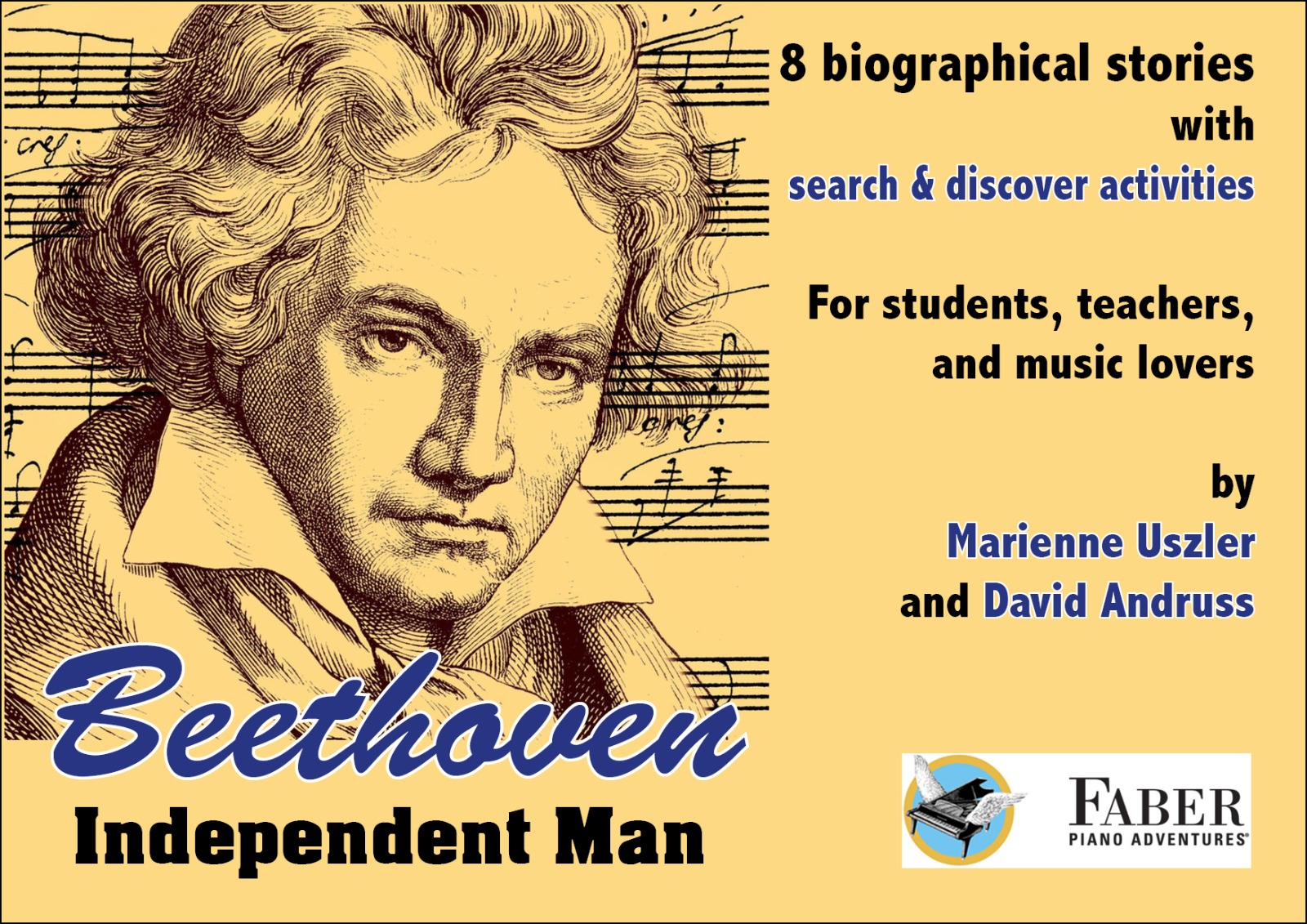 The site was designed initially for young music students and their teachers, but also takes music lovers of all ages on a fascinating online adventure through Beethoven’s life, with colorful pictures, portraits, videos, and many supporting documents from the archives of the Beethoven-Haus Museum in Bonn.

The website is set up as a series of short, illustrated stories in a picture-book format with corresponding “Search & Discover” sections, each of which are full of fun activities for discovering more about Beethoven in an online setting: a type of guided tour through everything the vast internet has to offer. The first Story was just published a few days ago. Stories 2 through 8 will follow, one every two weeks, culminating with Story 8 just one week before Beethoven’s 250th birthday.

The goal of this unique website is to excite young minds for Beethoven’s music as well as to let users experience the composer in a very personal way. Did Beethoven use pencils? What made the clothes he wore different from composers like Mozart or Haydn? Why was Napoleon important to the young Beethoven but despised by him just a few years later? How did this affect his music? What was his first published composition? This and many other unexpected questions will be addressed by this website.

My thanks go not only David Andruss and Marienne Uszler, the authors of the site, but also and especially to Nancy and Randall Faber, the creators of Piano Adventures, whose vision and incredibly generous support and sponsorship have made this site possible. The Fabers have kindly allowed us to share this site in our list of free resources for students and teachers in our Online Media Library.

You can take a first look at Story 1 here: beethoven.pianoadventures.com

Beethoven: 9 Variations on a March by Dressler (WoO 63)

These Nine Variations were Beethoven's first published work. His teacher, Christian Gottlob Neefe, had given him the assignment to write a few variations on this March in C minor by Ernst Christoph Dressler. Neefe was so impressed with Beethoven's inventiveness that he helped him get the work published in 1782. (Young Ludwig turned only 12 that year in December.)

For this recording I experimented with changes in color and articulation in all of the repeats as well as some extra ornamentation of my own.

Beethoven himself has unwittingly provided me with an interesting possibility for varying the repeats of Variation 7. He did so by writing two versions of this early work. There are very few differences in the two versions, except for in Variation 7. In his first version, he uses 8th notes in the left hand accompaniment against the triplets in the right hand. In his second version, he decided to use quarter notes instead, making it easier to play and sounding more like a slow movement. So just for fun, I used the quarter-note version to introduce each half of Variation 7 and the I used the eighth-note version on both repeats, so you can hear both versions and see which one you prefer.

Enjoy! It's an amazing work from 11-year-old Ludwig! A real feast of flying fingers at times...

This little piece was originally written for piano and a second instrument, either flute or violin. Young pianists often learn this dance as one of Beethoven’s easier pieces. This version is the original piano part of the theme and sounds complete on its own. The second instrument occasionally merely doubles the melody at the octave.

The embellishments added in the repeats are my own.

You can find this and many other piano pieces of a similar level of difficulty in the Piano Adventures “Piano Literature Book 2“—a collection of piano literature by Nancy and Randall Faber.

According to sources I was able to find, Beethoven originally wrote this Écossaise in G major for military band, but the original score was lost. Apparently it was Carl Czerny who arranged this well-known solo piano version, which is played by young piano students all over the world.

This charming little piece can be found in many collections of easy classical piano pieces. For this recording I used the Piano Adventures "Piano Literature Book 2" by Nancy and Randall Faber.

As usual, I have had some fun adding my own embellishments in repeats and after the DA CAPO.

These Two German Dances by Beethoven are taken from his Six Dances for Piano and Violin, WoO 42 (Work without Opus). In the original work these are dances nos. 5 and 2.

In this solo piano version, one hears the original piano part without the violin, which mostly only doubles the melody or chord tones of the piano part.

These two dances are paired together in the Piano Adventures "Piano Literature Book 3" by Nancy and Randall Faber. In this recording, I added the first dance as a DA CAPO at the end and had some fun adding my own embellishments.

This is the first movement of the second of Beethoven's three early "Bonn" sonatas, known in German as the "Kurfürsten-Sonaten". He had composed them by the time he was 12 years old. Particularly this movement really displays his independent character at an early age, with the stark contrast of dynamics right at the very beginning of the Larghetto.